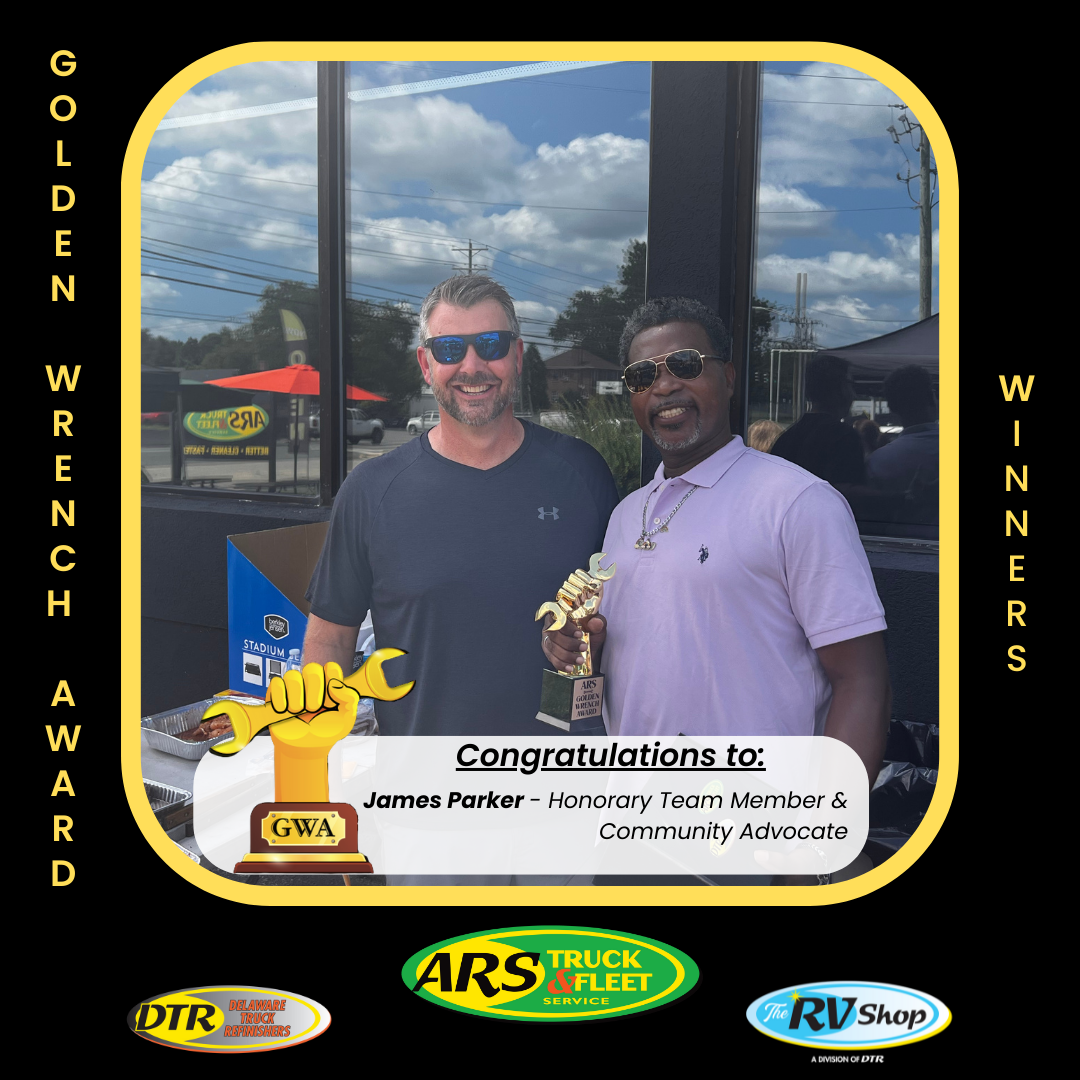 NEW CASTLE, Del. – (August 11, 2022) – The ARS Truck & Fleet Service Golden Wrench Award program is a way that the company recognizes their team on a peer-to-peer level for the work they do to go above and beyond expectations. Ever since ARS Truck & Fleet Service relocated to their newest location at 3065 New Castle Avenue in New Castle, Delaware, there is one person who has gone above and beyond for the company, and community at-large – James Parker. Now he’s entering retirement. 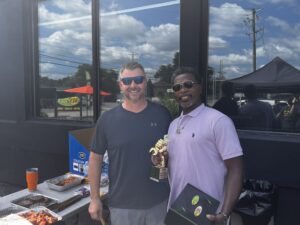 Parker is known in the New Castle, Del. community for many reasons. Two of those being his huge heart and vision of bettering the community he was born, raised, and continued to work full-time in. For the last nine years, James has run his non-profit, Eating at The King’s Table, full-time and supported tens of thousands of people in his tenure. In a June 2020 interview with local news outlet WDEL,  Parker and a group of volunteers spent 75 days straight during the height of the COVID-19 pandemic distributing food to families in New Castle County. The pride, drive, and work he does in the community are some of the many reasons ARS Truck & Fleet Service is proudly honoring James Parker with an honorary Golden Wrench Award.

How James Parker Got Involved with ARS Truck & Fleet Service

When ARS Truck & Fleet Service moved into the Route 9 community in New Castle back in 2018, Parker came looking for the owner, Patrick Connell. One of his goals with meeting Patrick was to welcome him to the community. “Often times many businesses I welcome to the community, move in and don’t work together,” Parker said at the weekly ARS BBQ on August 10, 2022, “but ARS stepped up.” 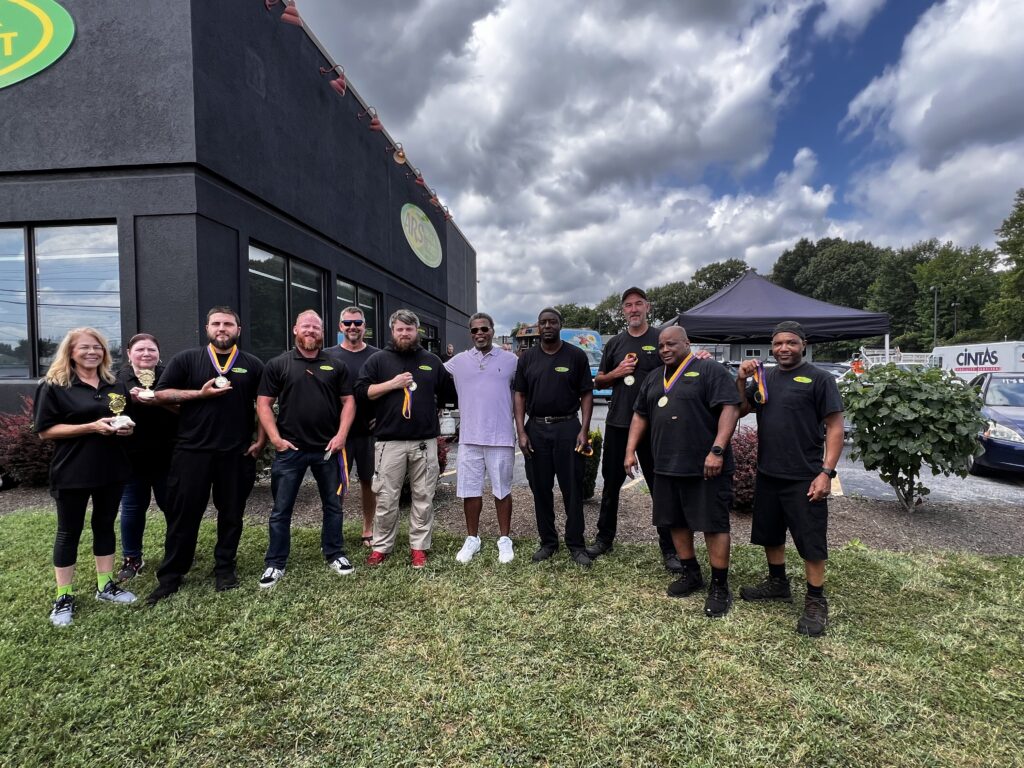 From 2019 to now, Parker has helped the company become immersed in the Route 9 community and at-large in New Castle County in many ways. “In 2020, right before the pandemic shuttered government buildings, ARS was having issues with zoning in the area where we park customers vehicles,” said Patrick Connell, CEO of ARS, “James stepped in and got his county contacts involved to listen to a hearing to get the zoning approved for our new area.”  This hearing was pivotal for being able to better serve the clientele at ARS Truck & Fleet Service and grow the company’s operations.

“[James] adopted into our culture at ARS and really saw how ARS was, and continues, to better the community,” said Connell.

Parker truly leads by example and sees the beauty in a community that is often battled with crime and poverty. He adopts the mentality “if I have it, you have it,” and spreads that generosity far and wide. Eating at The King’s Table’s operation runs every day at the Rose Hill Community Center on Lambson Lane in New Castle. The tents go up around 11:00 a.m. each day in the community centers parking lot and come down when all the offerings are gone for the day. The organization relies on donations from area grocery stores to give away food and other necessities in the community.

Every Wednesday, ARS has a weekly, community-wide BBQ which employees, customers, and anyone in the community can stop by an enjoy a free lunch. There was no better way to properly recognize Parker for his contributions and community leadership than at the weekly event.

Even with Parker receiving his award from ARS, he had one of his own for the team at ARS Truck & Fleet Service. “This plaque is for the appreciation of everyone at the King’s Table for everything ARS has done for us over the years,” said Parker while presenting a plaque to Connell. To celebrate his retirement and appreciation for the community involvement ARS has done for his non-profit, Parker also presented awards to the team who helped further his mission and make it what it is today. Showing how partnerships in the community can truly benefit each other, ARS and Eating at the King’s Table continue to support one another in business and the community – and that all blossomed from the 2018 introduction from James Parker who wanted nothing more than to welcome ARS Truck & Fleet Service to the community.

Get Involved with Eating at the King’s Table

Anyone can stop by Eating at the King’s Table truck and tent at Rose Hill Community Center, with no questions asked. “We do not just cater to one group of people,” said Parker, “we are there to help those who need to save extra money but never have them worry about where food will come from.” The organization runs daily from around 11:00 a.m. until close at 19 Lambson Lane, New Castle, DE 19720.